In the depths of the Great Depression, a young businessman came into George Daubert's modest gas station in Chicago. He inquired what would keep his steel coils from rusting during storage. Unaware of any such product, George set about mixing and testing various petroleum formulations. And by George, he got it right. The formula worked, and Daubert acquired the first of hundreds of highly satisfied industrial clients.

Ongoing innovations ensued throughout the decades. Today, George Daubert's company has grown to become a world leader in corrosion prevention, adhesives, sound dampening and specialty coatings. Our innovative solutions and "can-do" approach to solving a client's issue has made Daubert the preferred source by top engineers in the transportation, heavy industrial, automotive, furniture, appliance industry, just to mention a few.

Clearly, a lot has changed in manufacturing processes and technologies in the last 75 years. But one thing hasn't changed at Daubert: our commitment to understanding customer needs and providing innovative solutions that help companies achieve greater success in the marketplace.

Key dates in the growth of Daubert...

George Daubert begins mixing rust preventatives with oil blends adjacent to his truck stop in Chicago, Illinois. The products were marketed under the name of Nox-Rust Chemical Company. Companies in the steel industry were his first major clients.

During World War II, the company began providing corrosion preventatives to the U.S. Navy. The name of the company was changed to Daubert Chemical Company and it housed three divisions.

Daubert develops innovations in the formulation of adhesives for manufacturing such as a two-part epoxy designed for flat laminating, used predominantly in the furniture and consumer electronics markets.

A holding company was established under the name of Daubert Industries, Inc. with the previous three divisions now becoming wholly owned subsidiaries. The subsidiary encompassing the original operation and products was designated Daubert Chemical Company, Inc.

Selected acquisitions were made, such as the Tectyl Industrial Products in 1999 enabling Daubert to broaden its leadership position in the corrosion preventives and thermo-forming adhesives markets. 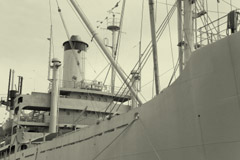 US Navy Victory Ship circa WWII some of our early customers. 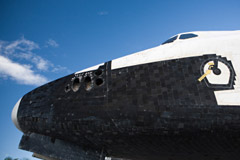 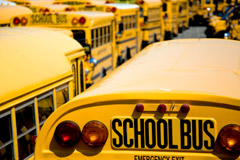 We supply bus manufacturers with many different solutions.