As part of our commitment to quality, Daubert has been measuring customer satisfaction annually since 2004. One of the key factors we look for is the number of "promoters," which is the percentage of customers who are extremely likely to recommend Daubert to a friend or colleague.

Pioneered by a former director at Bain & Company, the use of this "promoter" measurement is based on his research into key indicators of customer satisfaction. This research shows that the median net promoter score for more than 400 companies in 28 industries is 16%. For the most recent survey conducted in late 2012, Daubert has achieved a net promoter score of 70% --- more than four times the average.

We've achieved this phenomenal score because Daubert continues to meet the high quality and service standards of its customers, as evidenced by comments from our 2010 survey:

If not for their customer service skills and technical knowledge, it's hard to imagine how Daubert could have kept a very demanding customer, like we are, satisfied this long.

Daubert's technical service is very good. They are there for us when we call.

They bring innovative opportunities to our attention to help my company succeed from a safety, quality, and cost standpoint.

For more information about the Net Promoter Score, and how to calculate it see, "The One Number You Need To Grow" by Frederick F. Reichheld, Harvard Business Review, December 2003. 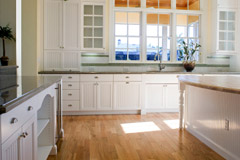 Daubond® adhesives are used to make kitchen cabinet doors, as well as other furniture. 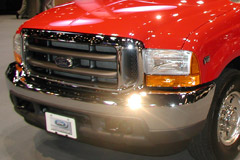 Nox-Rust® protects many Ford and GM SUV and Pick UP Truck frames from corrosion.